[This is a WORK IN PROGRESS POST.] [Status: The PBE is back up and online! Check out balance changes as we continue to work on skin previews!]

The PBE has been updated! As we kick off the 7.13 PBE cycle, tonight’s update includes the new SKT skins for Ekko, Jhin, Nami, Olaf, Syndra, and Zac, summoner icons, and much more!

(Warning: PBE Content is tentative and subject to change – what you see below may not reflect what eventually gets pushed to live servers at the end of the cycle! Manage your expectations accordingly.)

New skins for Ekko, Jhin, Nami, Olaf, Syndra, Zac, and a ward to celebrate SKT as our 2016 World Champions!

Before we jump into the individual previews, here’s KateyKhaos with a bugs & feedback thread for the SKT T1 Championship skins and ward:

„Third time’s a charm, unless you’re SK Telecom T1, and you’ve successfully won your third World Championship! Each one of these skins honors a player (with a ward for their coach!) of SKT T1, the 2016 World Champions!

The SKT T1 skins are now available to play on PBE! As players who experience this content firsthand, your constructive feedback is appreciated.

Resident QA peeps will be hitting up this thread for feedback! We’re all on different skins, so please @ the following Rioters for any specifics. We’ll do our best to answer questions and reply to all of your feedback! ^-^

* Prices are subject to change.“

To go with our six SKT skins, we also have a new SKT ward skin!

* Remember *: The PBE is a testing grounds for new, tentative, and sometimes radical or experimental changes. Be aware that what you see below may be lacking context or other changes that didn’t make it in or were implemented in an earlier patch this cycle! These are not official notes. 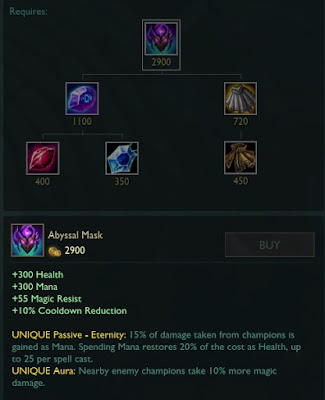 1) Here’s Meddler with his quick gameplay thoughts for June 13th including mention of a few changes to expect as the 7.13 PBE cycle continues:

These posts will often contain talk about future work we’re doing, or planning to do, that isn’t yet guaranteed to ship. The nature of the work could change or, depending on what we discover, projects mentioned may get put delayed or even stopped.

If you’d like to see a Tweet whenever a new one of these posts goes up: https://twitter.com/RiotMeddler

We’ve been looking at the starting support items now that they’ve been out for a while. Conclusion is that the Coin line is underperforming, so we’ll be doing some more work on it. That will likely involve improvements both to the tier1 and tier 2 versions as well as the tier 3 upgrades (probably both Talisman and Eye of the Oasis).

Possible the Frost Queen’s is also too strong, what we’ll likely do is buff coin first though then reassess whether that’s actually the case or not.

Some of the things we’re investigating in 7.13:

We’re getting closer to a new champ, for those wondering though (seeing a bit of speculation) no, there won’t be a new champ dropping onto the PBE in 7.13 today (or later in the cycle).

We’re looking at some of the assassin items as well at present that aren’t quite hitting the mark. Goals are to get a bit more choice into assassin itemization (e.g. make Duskblade a decent 1st item, change access to CDR/impact of Black Cleaver, make out of combat movement speed something you choose to itemize into rather than just getting). Might start seeing some of that on the PBE soon, changes will likely come gradually, potentially with some this patch and some next.

Is on its way. Odds are reasonable, though not guaranteed, it will be in the next patch or the one after.“

[1] „here are the kennen and shaco lists. these are first drafts, so things could change over the week~“